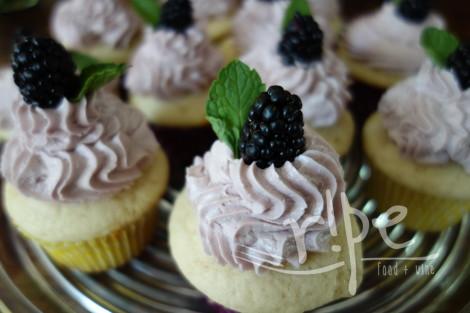 My daughter loves to bake almost as much as I do, and cupcakes are her favorite.  I’ve got several decades on her, and I’ve learned a thing or two over the years, mostly from trial and error, but also from the Bakers Dozen and one of my favorite bakers who’s really good at chemistry, Shirley Corriher (check out her books Bakewise and Cookwise).  My biggest baking flop, was the batch of cupcakes I made for my daughter’s tenth birthday, the year we moved to Montana.  I had years of practice with the recipes from Magnolia, and we were hopeful when we removed this batch from the oven, then turning our attention to making frosting.  When we looked over next, our tray of puffed cupcakes had transformed themselves into donuts!   Each one sporting a perfectly round, quarter-sized sink hole right in the center.  Thus the beginning of my High Altitude phase.

It’s really pretty simple to adapt cake recipes for altitude, thanks to King Arthur Flour and their handy chart.  You basically tweak six dimensions in an attempt to deal with the reduced air-pressure you get as you climb up to the sky:  more liquid, more flour, less sugar, less leavening, higher baking temp, less time.  I’m writing this recipe for Bozeman, which sits at approximately 5000 feet.  If you’re out in San Francisco, or anywhere else really, that’s not in the mountains, use ¾ cup milk, 1 ¾ cup flour, don’t take out the tablespoon of sugar,  2 teaspoons baking powder instead of 1 ½, and 350 degrees for 18 – 20 minutes, basically following Dede Wilson’s original white cupcake recipe from A Baker’s Field Guide to Cupcakes.  If you’re at higher elevation than 5000 feet, experiment with that King Arthur chart.

Our blackberry buttercream is based on Julia Child’s Italian Meringue Buttercream, recipe here.