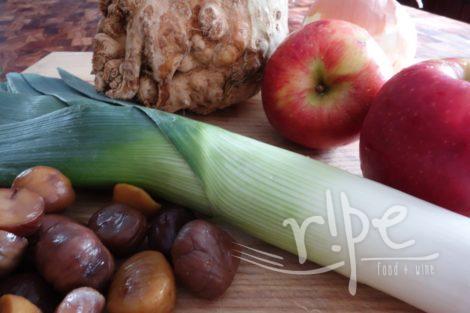 I learn a lot of lessons in the garden.  Last year I planted a baby celery and waited all summer for the root to develop.  Along the way, I snapped off  stalks for salads and peanut butter picnic snacks, but held out hope for the Big Prize.  I wanted to make celery root remoulade.

July and August came and went, and when I finally pulled the remaining stalks from the dirt:  no root.  Come to find out,  “celery root” doesn’t have much in common with celery after all.  Originally cultivated from wild celery (apparently, celery root is one of the oldest root vegetables!), it’s known as “turnip-rooted celery” in some circles  and culinarily acts like its root vegetable friends:  parsnips, turnips, and rutabagas (“turnip-rooted cabbage”).  I’m going to start calling it celeriac like the French.

Celery root/celeriac tastes a little like celery, but predominantly earthy, woodsy, you could say nutty.  It acts like a potato, but isn’t starchy.  Delicious cooked or raw.  Make soup, celery root mashed potatoes or David Lebovitz’s remoulade.  Next time you see them at the grocery, buy a couple–they last a long time when refrigerated.

I adapted this recipe from a soup I learned from Alex Lee, when he was chef at Daniel NYC. 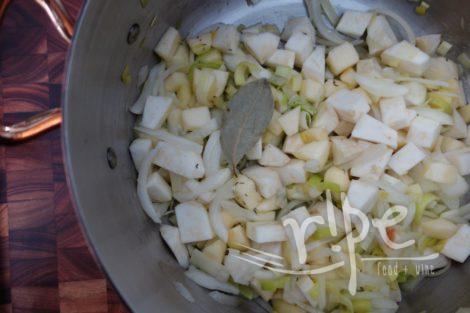 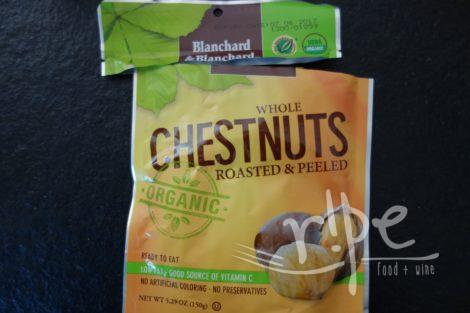 Looking for chestnuts and don’t feel like peeling your own? Check out the ingredient label–you want roasted chestnuts, no other ingredients. I’ve used the ones in jars, but don’t like the flavor or texture as much as these from Blanchard & Blanchard.